Ulf Lessing, Bureau Chief of Reuter’s writes an important book about the happenings in Libya after Gaddafi was overthrown. My main takeaways;

1. Libya was stitched together as a nation by the Alled powers after they defeated Italy in WW II, merging three autonomous regions of eastern Cyrenaica, Tripolitania in the west and the sparsely populated Fezzan region in the South. These regions had limited contact with each other. As a result, tribal and family connections continued to have primacy, inhibiting the development of a national identity. King Idris al Sanoussi, who had led a movement against the Italians, was tasked by thr British and the French to rule the present day Libya when the country became independent in 1951. The 1951 constitution established a federal system headed by King Idris wherein power was shared between the provinces and the states with the provinces being powerful enough to obstruct federal initiatives. King Idris was a reluctant ruler, and had a consensual style. So family and tribal connections continued to be more important than a larger national Libyan identity. He was overthrown in a coup by Col Gaddafi on 1 Sept 1969, who then ruled Libya with an iron hand for the next 42 years till 2011, when a popular uprising overthrew him. His Gaddafism ( if I may call it as such) was a curious mix of socialism, Islam and pan- Arabism. (You need to read his Green Book, to understand Gaddafi’s muddled ideology – a book I had but was conveniently stolen by one of my friends 😒)

2. The world seemed to be taken aback at the speed with which the Gaddafi govt was overthrown. We get a glimpse of why this happened in the book. First, Weak Army: Gaddafi kept the national army purposely weak, so that they could not undertake a coup against him. Instead, he created a police state with myriad security agencies to keep a track on each other. Instead of the army, brigades from his tribe Gadhadfa and other tribes considered loyal to him like Warfalla and Magaraha were strengthened. So when majority of other tribes revolted, his weak army and limited loyal tribal brigades could not protect him.
Second, his brand of Socialism: Any rational person knows that Socialism as a philosophy is a curse. Follow it and you are dead! Libya under Gaddafi was a state practising extreme socialism. All private enterprise was banned and to keep the population from revolting 75 percent of all Libyans were employed by the state. All the oil revenues went into funding the salaries of these employees, who basically did nothing productive with sectors like health. education and infrastructure completely neglected, fuelling anger amongst the people. The youth burdened with statism and lacking any opportunity of growth were the first to revolt.
Third, the curse of oil: Because oil money was used to fund Gaddafi’s socialism and all private enterprise was banned, Libya produced nothing and everything was imported from abroad. Oil exports ensured that Libyan currency commanded a higher value relative to the other currencies which made imports cheaper, thereby discouraging their local manufacture. All basic items consumed in the economy were imported and since private sector was declared as evil by Gaddafi, there was no domestic enterprise worth the name apart from Oil. The state had little surplus left after paying salaries to create industries even in the public sector. And even if they had been set up, they could never have competed with the cheap imports. (समाजवाद में तो ई तो होना ही है)

3. Post Gaddafi Libya has been reduced to an ungovernable chaos, the country having de-facto been divided into two states- with two separate administrations, one based in Tripoli and other in the East operating from Benghazi. While the Sherraj Govt based in Tripoli is recognised by the UN, it is Khalifa Haftar who rules in the east. All attempts at forming a national govt so far have failed. Different parts of the country are also under the effective control of militias.

4. The book also highlights the role international powers are playing in complicating and muddying the waters in Libya. While Turkey and Qatar supports the Sheeraj govt, which is considered more Islamist in its orientation, UAE, Arab states and Western powers support Khalifa Haftar. The militia driven civil war continues unabated in Libya with no end in sight soon.

A decent read, though at times tended to become repetitive. I give it a three and a half out of five. 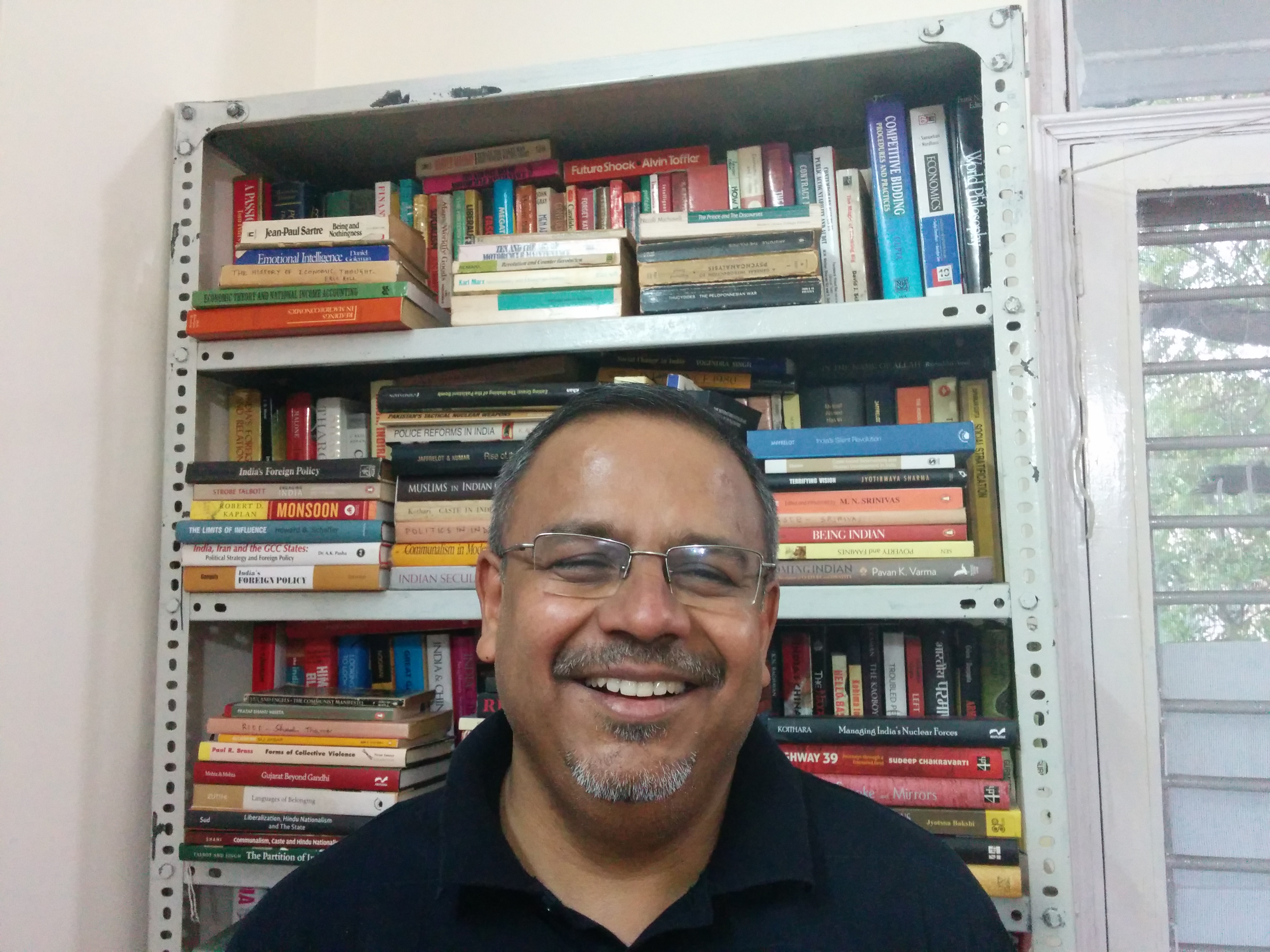